Here are the new book releases of note for today! Maybe these will take your mind off of this crazy election…Or maybe that’s impossible. Ha!

(AKA The woman who wrote all the Twilight books)

This one looks good!

In this gripping page-turner, an ex-agent on the run from her former employers must take one more case to clear her name and save her life. She used to work for the U.S. government, but very few people ever knew that. An expert in her field, she was one of the darkest secrets of an agency so clandestine it doesn’t even have a name. And when they decided she was a liability, they came for her without warning. Now, she rarely stays in the same place or uses the same name for long. They’ve killed the only other person she trusted, but something she knows still poses a threat. They want her dead, and soon. When her former handler offers her a way out, she realizes it’s her only chance to erase the giant target on her back. But it means taking one last job for her ex-employers. To her horror, the information she acquires only makes her situation more dangerous. Resolving to meet the threat head on, she prepares for the toughest fight of her life, but finds herself falling for a man who can only complicate her likelihood of survival. As she sees her choices being rapidly whittled down, she must apply her unique talents in ways she never dreamed of. In this tautly plotted novel, Meyer creates a fierce and fascinating new heroine with a very specialized skill set. And she shows once again why she’s one of the world’s bestselling authors.

Orphans of The Carnival

From the Booker short-listed author of Jamrach’s Menagerie comes the extraordinary, moving, and unsettling tale of a woman, branded a freak from birth, who becomes an international sensation but longs for genuine human connection

London had the best freaks, always had. The Egyptian Hall, the Promenade of Wonders, the Siamese twins, pinheads, midgets, cannibals, giants, living skeletons, the fat, the hairy, the legless, the armless, the noseless, London had seen it all. In the Hall of Ugliness the competition was stiff. But noone had ever seen anything quite like Julia . . .

Pronounced by the most eminent physician of the day to be “a true hybrid wherein the nature of woman presides over that of the brute,” Julia Pastrana stood apart from the other carnival acts. She was fluent in English, French and Spanish, an accomplished musician with an exquisite singing voice, equally at ease riding horseback and turning pirouettes—but all anyone noticed was her utterly unusual face. Alternately vilified and celebrated, Julia toured through New Orleans, New York, London, Berlin, Vienna, and Moscow, often hobknobbing with high society as she made her fame and fortune.
Beneath the flashy lights and thunderous applause lies a bright, compassionate young woman who only wants people to see beyond her hairy visage—and perhaps, the chance for love. When Julia visits a mysterious shaman in the back alleys of New Orleans, he gives her a potion and says that she’ll find a man within the year. Sure enough, Julia soon meets Theodore Lent, a boyishly charming showman who catapults Julia onto the global stage. As they travel the world, the two fall into an easy intimacy, but the question of whether Theo truly cares for Julia or if his management is just a gentler form of exploitation lingers heavily with every kind word and soft embrace.
Stunningly written and deeply compelling, Orphans of the Carnival is a haunting examination of how we define ourselves and, ultimately, of what it means to be human. 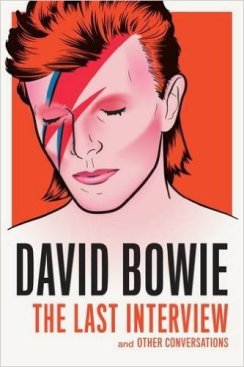 David Bowie: The Last Interview and Other Conversations

The massive, world-wide outpouring of grief at the death of David Bowie notably focused on not only his stunning musical output, but also his fascinating refusal to stay the same—the same as other trending artists, or even the same as himself.

In this remarkable collection, Bowie reveals the fierce intellectualism, artistry, and humor behind it all. From his very first interview—as a teenager on the BBC, before he was even a musician—to his last, Bowie takes on the most probing questions, candidly discussing his sexuality, his drug usage, his sense of fashion, how he composed, and more.

For fans still mourning his passing, as well as for those who know little about him, it’s a revealing, interesting, and inspiring look at one of the most influential artists of the last fifty years.

This looks so good! YA Book about the notorious Queen of Hearts when she was a young girl. Before she was the terrible Queen in Alice in Wonderland.

Long before she was the terror of Wonderland―the infamous Queen of Hearts―she was just a girl who wanted to fall in love.

Long before she was the terror of Wonderland, she was just a girl who wanted to fall in love. Catherine may be one of the most desired girls in Wonderland, and a favorite of the unmarried King of Hearts, but her interests lie elsewhere. A talented baker, all she wants is to open a shop with her best friend. But according to her mother, such a goal is unthinkable for the young woman who could be the next queen.

Then Cath meets Jest, the handsome and mysterious court joker. For the first time, she feels the pull of true attraction. At the risk of offending the king and infuriating her parents, she and Jest enter into an intense, secret courtship. Cath is determined to define her own destiny and fall in love on her terms. But in a land thriving with magic, madness, and monsters, fate has other plans.

In her first stand-alone teen novel, the New York Times-bestselling author dazzles us with a prequel to Alice’s Adventures in Wonderland.

Goldilocks and the Water Bears: The Search for Life in the Universe

Astrobiology is the study of life in the universe from its origins to its evolution into intelligent sentient beings. All life as we know it is carbon-based, reliant on sources of liquid water and energy for its survival, and as far as we are aware, exists only on Earth.

Our planet occupies a unique spot in the solar system. It is just the right distance from the Sun–within the so-called Goldilocks Zone–to be not too hot or too cold for liquid water to be stable on its surface, which, together with a protective shielding atmosphere, allowed the four-billion-year journey from a single-celled organism to an upright humanoid species. Most of primordial life, if seen today, would be classified as “alien,” as it bears little resemblance to anything that currently exists.

We can learn much about the possibilities of extraterrestrial life by studying the conveyer belt of life forms from our planet’s history and by exploring organisms still present in harsh environments on Earth that mimic those on other worlds. These organisms, called “extremophiles,” are directing our search for alien life throughout the solar system and beyond. Could we one day find Earth’s toughest animal, the microscopic water bear, living under the surface of another world? Goldilocks and the Water Bears is an accessible introduction to the most fascinating of all the astro-sciences–the quest to learn whether we are alone in the universe. 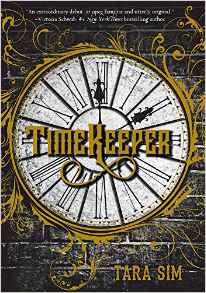 In an alternate Victorian world controlled by clock towers, a damaged clock can fracture time–and a destroyed one can stop it completely.

It’s a truth that seventeen-year-old clock mechanic Danny Hart knows all too well; his father has been trapped in a Stopped town east of London for three years. Though Danny is a prodigy who can repair not only clockwork, but the very fabric of time, his fixation with staging a rescue is quickly becoming a concern to his superiors.

And so they assign him to Enfield, a town where the tower seems to be forever plagued with problems. Danny’s new apprentice both annoys and intrigues him, and though the boy is eager to work, he maintains a secretive distance. Danny soon discovers why: he is the tower’s clock spirit, a mythical being that oversees Enfield’s time. Though the boys are drawn together by their loneliness, Danny knows falling in love with a clock spirit is forbidden, and means risking everything he’s fought to achieve.

But when a series of bombings at nearby towers threaten to Stop more cities, Danny must race to prevent Enfield from becoming the next target or he’ll not only lose his father, but the boy he loves, forever.

The stunning first novel in a new trilogy by debut author Tara Sim, Timekeeper is perfect for fans of Cassandra Clare and Victoria Schwab. 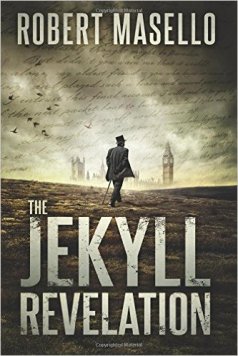 A spellbinding thriller from the bestselling author of The Einstein Prophecy.

A chilling curse is transported from 1880s London to present-day California, awakening a long-dormant fiend.

While on routine patrol in the tinder-dry Topanga Canyon, environmental scientist Rafael Salazar expects to find animal poachers, not a dilapidated antique steamer trunk. Inside the peculiar case, he discovers a journal, written by the renowned Robert Louis Stevenson, which divulges ominous particulars about his creation of The Strange Case of Dr. Jekyll and Mr. Hyde. It also promises to reveal a terrible secret—the identity of Jack the Ripper.

Unfortunately, the journal—whose macabre tale unfolds in an alternating narrative with Rafe’s—isn’t the only relic in the trunk, and Rafe isn’t the only one to purloin a souvenir. A mysterious flask containing the last drops of the grisly potion that inspired Jekyll and Hyde and spawned London’s most infamous killer has gone missing. And it has definitely fallen into the wrong hands.

Beneath A Golden Veil

As elegant as the Sacramento residence she operates, Isabelle Labrie keeps her past concealed, like the treasure she hides under the Golden Hotel. It’s 1853, the heyday of the California Gold Rush. Isabelle is full of hope, staking her claim on the city’s refined clientele and her future on a sweetheart’s promise to marry her when he returns from the gold fields. Then, unexpected guests—fugitive slaves seeking safe passage to the North—force her to confront her past and reconsider her path.

While Isabelle learns to trust God’s provisions, a law student in Virginia must confront his father’s cruelty and rescue a young slave from his family’s tobacco plantation. As the two escape to freedom, and Isabelle risks everything to harbor runaway slaves, the past and present are set on an inevitable collision course—one that reveals hidden treasures of the heart.