I gave myself a little challenge a couple of weeks ago. I said to myself “You say you are a huge fan of author Blake Crouch, so why haven’t you read all of his books and stories?” I didn’t answer my self (out loud) because that would be crazy…right? Haha! But it made me think, “Seriously why haven’t I read all of his writing?” The easy answer is that there just isn’t enough time! So I decided I would try and read all of his work that I haven’t already read by the end of this year. Luckily many of the ones I haven’t read are short stories so this challenge shouldn’t be hard. I am facing a bit of a predicament though. The three stories I read of his this week were so creepy! I love creepy and and I love scary, but I think I maxed out on that for at least a little while. Right before these books I had just finished The Last Policeman Trilogy which is great, but it is about a world ending asteroid hurtling towards Earth with no hope of Man Kinds survival. Super happy subject right? In addition, I was reading one of Blake’s short stories during commercial breaks while watching the news. The Texas shooting had just occurred and my heart just couldn’t take any more. So I am going to give short reviews for these three and then I am taking a break from my Blake Challenge. I will be back, but I plan on reading some happier stories for a bit first.

FYI: These three books are SUPER cheap or even FREE on Amazon if you have a Kindle. They are also very short (two are only 25 pages!) and quick reads. I put the link for Kindle Unlimited below becasue I think this is a great way to read a ton for one low cost. You can try it free for a month. I use this service and love it! 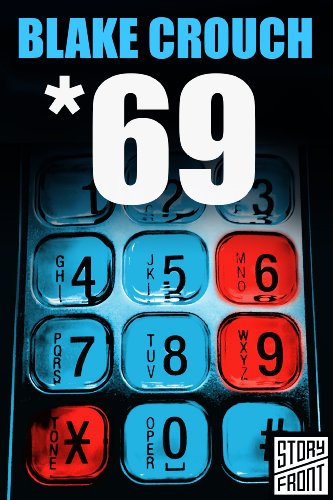 CLICK HERE TO PURCHASE FOR $1.49 ON AMAZON OR READ FREE BY SUBSCRIBING TO KINDLE UNLIMITED

This short story is only 25 pages long! I really enjoyed it, but only gave it 3 Stars on GoodReads because I easily predicted the ending. It was very creepy and kept me on the edge of my seat because I was worried for the characters. It’s amazing how much of a story you can fit into so few pages!

Tim and Laura West receive a bizarre voicemail on their answering machine. Although the sound is muffled, the raised voices, suspicious thuds, and tortured gurgles lead them to believe that what they’re hearing is a brutal murder, unintentionally left as a voice message. As they try to decide what to do next, they are forced to consider a terrifying thought: What will happen when the killer realizes his mistake? 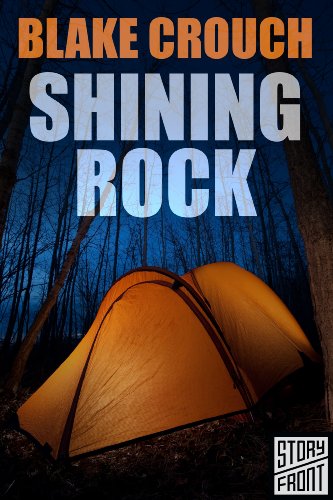 CLICK HERE TO PURCHASE FOR $.99 OR GET IT FREE BY SUBSCRIBING TO KINDLE UNLIMITED

This one was another 3 Star review for me. Again, I predicted what was going to happen. After reading two short stories and predicting the endings of both, maybe that’s just how short stories go? Maybe since they are so short, there isn’t room for misleading the reader in order to throw us off? This story bummed me out too. Anytime I read about the loss of a child, it tugs at my heart strings. As it should of course. But as I mentioned above, I was reading this while the news was reporting on the Texas shootings. It hit too close to home. FYI: The was also only 25 pages.

On their annual camping trip in the southern Appalachians, Roger and Sue encounter Donald, a Vietnam vet with a peculiar and menacing way. After offering a generous pour of Scotch—and taking a few for himself—the odd stranger reveals a disturbing truth. In this remote place, under a cold night sky, Roger and Sue become convinced they won’t leave the mountains alive. 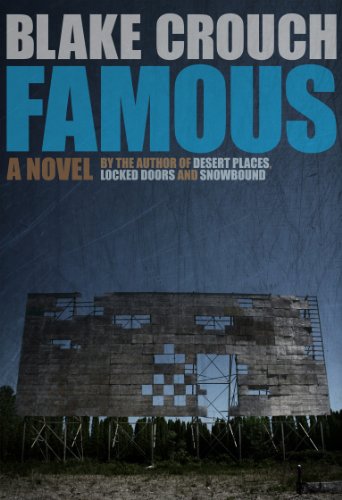 CLICK HERE TO PURCHASE FOR $3.99 ON KINDLE OR READ FOR FREE BY SUBSCRIBING TO KINDLE UNLIMITED

This was the longest of the three books at 210 pages. The main character Lance seems like a normal guy until it is revealed that he is nearly identical to an Oscar winning actor named James Jansen. That in an of itself wouldn’t be strange, it’s the fact that Lance thinks that his life will be perfect if he could just become him…

“My name is Lancelot Blue Dunkquist, and the best thing about me is, when you doll me up right, I look just like the movie star, James Jansen.” Meet Lance. 38-years-old. Works a meaningless job. Still lives above his parents’ garage. By all accounts, a world-class loser. Except for one glaring exception… He has a million-dollar face. Lance has been mistaken twenty-eight times for the Oscar-winning movie star, James Jansen, and for the last 10 years, he’s saved his money, studied Jansen’s films, his moves, his idiosyncrasies, even the way he speaks. Now, after an unceremonious termination from his job, Lance has decided that the time has come to go after his dream. From New York’s ridiculous avant-garde, off-off Broadway scene, to the surreal glitter of Los Angeles, follow Lance on his madcap journey of self-abandonment to become his likeness. Part comedy, part human tragedy, and part suspense, the world through the eyes of Lancelot Blue Dunkquist is like none you’ve ever seen.

I can’t compare these stories to each other because they are each so different. Since I rated them all 3 Stars though, I just don’t think I was in the right mood when I read them. This is a real problem for readers who read a lot. Your mood can really influence how you feel about a story. Blake Crouch as I have mentioned a hundred times is one of my favorite authors. These three stories reflect his unique style of writing and reminds me how each of his books has such a different idea which is right up my alley. I am always looking for a book that I can’t predict the ending for. That’s another reason these weren’t my favorite reads.

One thought on “Too Much Scary For Me This Week. Book Reviews for *69, Famous and Shining Rock by Blake Crouch”