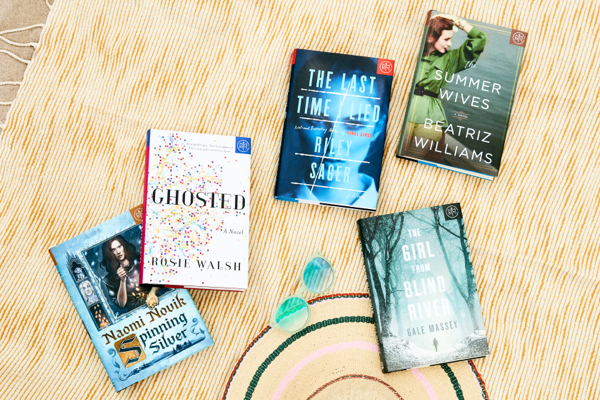 Summer is here!! Time for lounging luxuriously by the pool with a cocktail in your hand. Wait…who am I kidding? I am a Mom with two kids who are on Summer break. A girl can dream…

July’s Book of the Month selections come in all shapes and sizes. There really is something for everyone in this grouping.

Here’s How it works: You pay $14.99 when you sign up for a subscription that will renew monthly. You’ll also receive a credit for a free book at the time of your transaction (redeemable at any time). Then, you’ll be renewed at the end of you second month and so on.

On to the books! 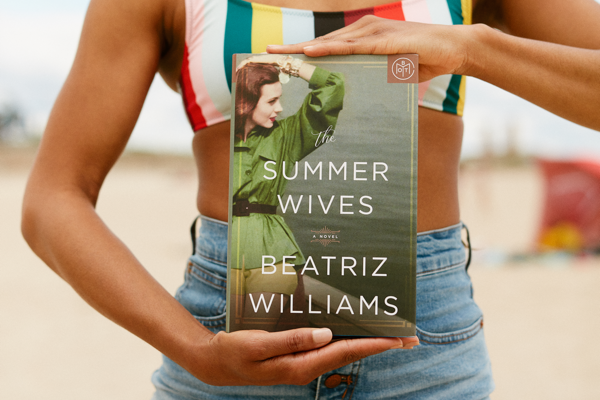 BOTM Quick take: This 1950s New England tale of desire and power is about a fisherman’s son and the woman who loves him.

“The Summer Wives is an exquisitely rendered novel that tackles two of my favorite topics: love and money. The glorious setting and drama are enriched by Williams’s signature vintage touch. It’s at the top of my picks for the beach this summer.”

New York Times bestselling author Beatriz Williams brings us the blockbuster novel of the season—an electrifying postwar fable of love, class, power, and redemption set among the inhabitants of an island off the New England coast . . .

In the summer of 1951, Miranda Schuyler arrives on elite, secretive Winthrop Island as a schoolgirl from the margins of high society, still reeling from the loss of her father in the Second World War. When her beautiful mother marries Hugh Fisher, whose summer house on Winthrop overlooks the famous lighthouse, Miranda’s catapulted into a heady new world of pedigrees and cocktails, status and swimming pools. Isobel Fisher, Miranda’s new stepsister—all long legs and world-weary bravado, engaged to a wealthy Island scion—is eager to draw Miranda into the arcane customs of Winthrop society.

But beneath the island’s patrician surface, there are really two clans: the summer families with their steadfast ways and quiet obsessions, and the working class of Portuguese fishermen and domestic workers who earn their living on the water and in the laundries of the summer houses. Uneasy among Isobel’s privileged friends, Miranda finds herself drawn to Joseph Vargas, whose father keeps the lighthouse with his mysterious wife. In summer, Joseph helps his father in the lobster boats, but in the autumn he returns to Brown University, where he’s determined to make something of himself. Since childhood, Joseph’s enjoyed an intense, complex friendship with Isobel Fisher, and as the summer winds to its end, Miranda’s caught in a catastrophe that will shatter Winthrop’s hard-won tranquility and banish Miranda from the island for nearly two decades.

Now, in the landmark summer of 1969, Miranda returns at last, as a renowned Shakespearean actress hiding a terrible heartbreak. On its surface, the Island remains the same—determined to keep the outside world from its shores, fiercely loyal to those who belong. But the formerly powerful Fisher family is a shadow of itself, and Joseph Vargas has recently escaped the prison where he was incarcerated for the murder of Miranda’s stepfather eighteen years earlier. What’s more, Miranda herself is no longer a naïve teenager, and she begins a fierce, inexorable quest for justice for the man she once loved . . . even if it means uncovering every last one of the secrets that bind together the families of Winthrop Island. 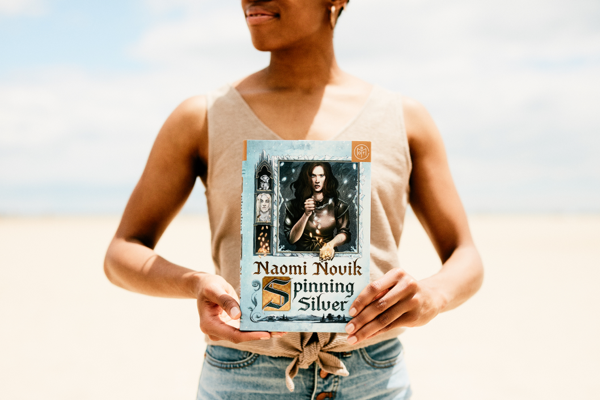 A fresh and imaginative retelling of the Rumpelstiltskin fairy tale from the bestselling author of Uprooted, which was hailed as “a very enjoyable fantasy with the air of a modern classic” by The New York Times Book Review.

With the Nebula Award–winning Uprooted, Naomi Novik opened a brilliant new chapter in an already acclaimed career, delving into the magic of fairy tales to craft a love story that was both timeless and utterly of the now. Spinning Silver draws readers deeper into this glittering realm of fantasy, where the boundary between wonder and terror is thinner than a breath, and safety can be stolen as quickly as a kiss.

Miryem is the daughter and granddaughter of moneylenders, but her father’s inability to collect his debts has left his family on the edge of poverty—until Miryem takes matters into her own hands. Hardening her heart, the young woman sets out to claim what is owed and soon gains a reputation for being able to turn silver into gold.

When an ill-advised boast draws the attention of the king of the Staryk—grim fey creatures who seem more ice than flesh—Miryem’s fate, and that of two kingdoms, will be forever altered. Set an impossible challenge by the nameless king, Miryem unwittingly spins a web that draws in a peasant girl, Wanda, and the unhappy daughter of a local lord who plots to wed his child to the dashing young tsar.

But Tsar Mirnatius is not what he seems. And the secret he hides threatens to consume the lands of humans and Staryk alike. Torn between deadly choices, Miryem and her two unlikely allies embark on a desperate quest that will take them to the limits of sacrifice, power, and love.

Channeling the vibrant heart of myth and fairy tale, Spinning Silver weaves a multilayered, magical tapestry that readers will want to return to again and again.

“A book as cool and mysterious as a winter’s night, with two marvelous heroines at its heart. Spinning Silver pits the cold of endless winter against the fires of duty, love, and sacrifice. I couldn’t put it down.”—Katherine Arden, New York Times bestselling author of The Bear and the Nightingale

“Naomi Novik knows how to weave words into magic, and Spinning Silver enchants the reader from the first page. This magnificent tale of three courageous young women who find the power to change their fates will catch you in its spell and linger long after the last chapter is read.”—Christina Henry, nationally bestselling author of The Mermaid 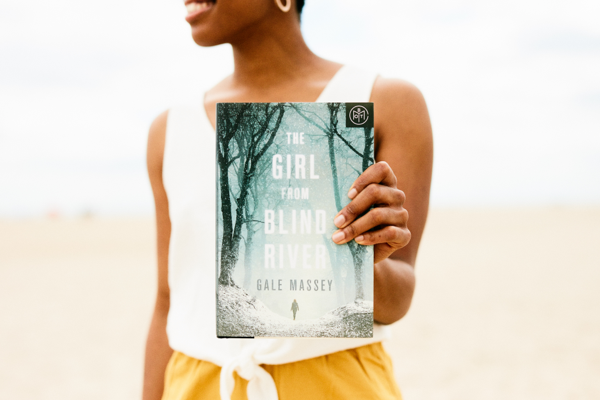 ❃ The Girl from Blind River by Gale Massey ❃

BOTM Quick take: A small-town crime story about a young poker phenom and the lengths she’ll go to protect those she loves.

A gritty tale of how far we’ll go to protect the ones we love for fans of Daniel Woodrell’s Winter’s Bone from Gale Massey, a talented new name in crime fiction.

Everyone says the Elders family are nothing but cheats, thieves, and convicts―a fact nineteen-year old Jamie Elders has been trying desperately to escape. She may have the natural talent of a poker savant, but her dreams of going pro and getting the hell out of the tiny town of Blind River, New York are going nowhere fast. Especially once she lands in a huge pile of debt to her uncle Loyal.

At Loyal’s beck and call until her debt is repaid, Jamie can’t easily walk away―not with her younger brother Toby left at his mercy. So when Loyal demands Jamie’s help cleaning up a mess late one night, she has no choice but to agree. But disposing of a dead man and covering up his connection to the town’s most powerful judge goes beyond family duty. When it comes out that the victim was a beloved athlete and Loyal pins the murder on Toby, only Jamie can save him. But with a dogged detective on her trail and her own future at stake, she’ll have to decide: embrace her inner criminal, or defy it―and face the consequences. 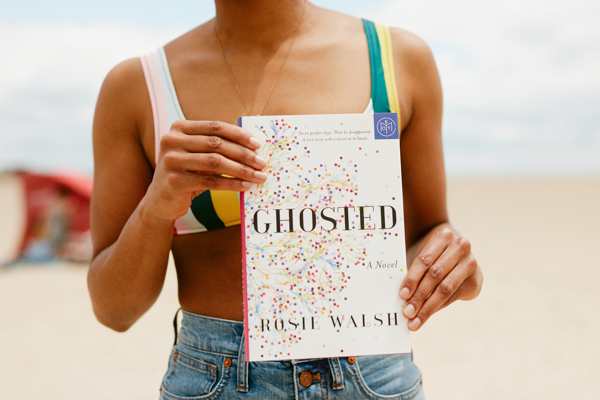 Seven perfect days. Then he disappeared. A love story with a secret at its heart.

When Sarah meets Eddie, they connect instantly and fall in love. To Sarah, it seems as though her life has finally begun. And it’s mutual: It’s as though Eddie has been waiting for her, too. Sarah has never been so certain of anything. So when Eddie leaves for a long-booked vacation and promises to call from the airport, she has no cause to doubt him. But he doesn’t call.

Sarah’s friends tell her to forget about him, but she can’t. She knows something’s happened–there must be an explanation.

Minutes, days, weeks go by as Sarah becomes increasingly worried. But then she discovers she’s right. There is a reason for Eddie’s disappearance, and it’s the one thing they didn’t share with each other: the truth. 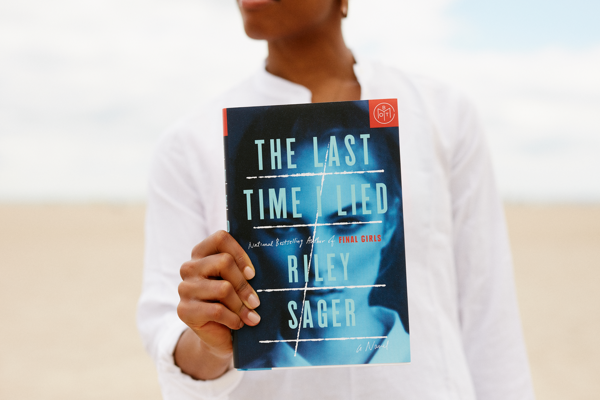 ❃ The Last Time I Lied by Riley Sager ❃

BOTM Quick take: A summer camp shuts down when four girls go missing. 15 years later, we find out the chilling reason behind their disappearance.

In the latest thriller from the bestselling author of Final Girls, a young woman returns to her childhood summer camp to uncover the truth about a tragedy that happened there fifteen years ago.

Two Truths and a Lie. The girls played it all the time in their cabin at Camp Nightingale. Vivian, Natalie, Allison, and first-time camper Emma Davis, the youngest of the group. But the games ended the night Emma sleepily watched the others sneak out of the cabin into the darkness. The last she–or anyone–saw of them was Vivian closing the cabin door behind her, hushing Emma with a finger pressed to her lips.

Now a rising star in the New York art scene, Emma turns her past into paintings–massive canvases filled with dark leaves and gnarled branches that cover ghostly shapes in white dresses. When the paintings catch the attention of Francesca Harris-White, the wealthy owner of Camp Nightingale, she implores Emma to return to the newly reopened camp as a painting instructor. Seeing an opportunity to find out what really happened to her friends all those years ago, Emma agrees.

Familiar faces, unchanged cabins, and the same dark lake haunt Nightingale, even though the camp is opening its doors for the first time since the disappearances. Emma is even assigned to the same cabin she slept in as a teenager, but soon discovers a security camera–the only one on the property–pointed directly at its door. Then cryptic clues that Vivian left behind about the camp’s twisted origins begin surfacing. As she digs deeper, Emma finds herself sorting through lies from the past while facing mysterious threats in the present. And the closer she gets to the truth about Camp Nightingale and what really happened to those girls, the more she realizes that closure could come at a deadly price. 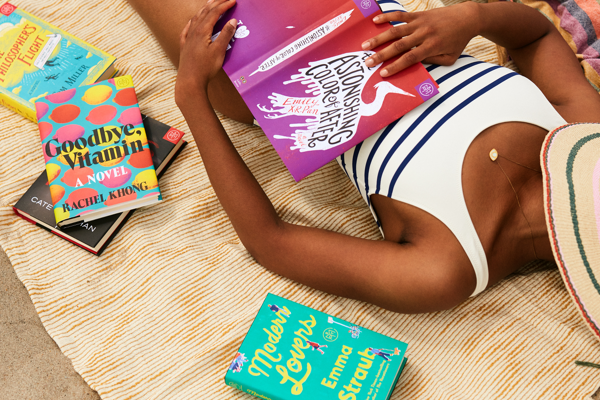 Lastly, there is an amazing collection of summer reads to beat the heat. Pack your bag with some ice-cold thrillers and fresh gossip! Add any of these to your box for $9.99!