In the near future, an aggressive and terrifying new form of dementia is affecting victims of all ages. The cause is unknown, and the symptoms are disturbing. Dr. Gillian Ryan is on the cutting edge of research and desperately determined to find a cure. She’s already lost her husband to the disease, and now her young daughter is slowly succumbing as well. After losing her funding, she is given the unique opportunity to expand her research. She will travel with a NASA team to a space station where the crew has been stricken with symptoms of a similar inexplicable psychosis—memory loss, trances, and violent, uncontrollable impulses.

Crippled by a secret addiction and suffering from creeping paranoia, Gillian finds her journey becoming a nightmare as unexplainable and violent events plague the mission. With her grip weakening on reality, she starts to doubt her own innocence. And she’s beginning to question so much more—like the true nature of the mission, the motivations of the crew, and every deadly new secret space has to offer.

Merging thrilling science-fiction adventure with mind-bending psychological suspense, Wall Street Journal bestselling author Joe Hart explores both the vast mysteries of outer space and the even darker unknown that lies within ourselves.

Wow!! When I first read the book summary for Obscura, I knew I had to read it. From the sound of it, this book had everything I look for in a story: Strong lead (it also helped that she was an awesome woman!), interesting setting, unique concept and great writing. I reached out to the author Joe Hart, and was ecstatic when his publisher sent me a copy of the book. I had planned to read it before its release, but with our big out of state move, I found myself a bit behind in my reading. Now that I am all settled, I finally found the time to dive into this wonderful book. I loved every minute of it.

This book is set in the year 2028, which is only 10 short years away. Earth is to the point now where pollution is so bad in big cities, that people wear masks. There are landslides in China and Peru because of heavy rainfalls, and the last of the Arctic Ice is predicted to be gone in 5 years. Our main character Gillian is researching a cure for Losians disease, an intense and deadly condition similar to Alzheimers and Dementia. Scientists believe that Losians is partly caused by the changes in our environment, but also in part due to genetics and other potential markers. This disease has already claimed the life of Gillian’s husband, and is now slowing killing her young daughter. Coincidentally, at the same time her research money runs out, her former boyfriend Carson shows up on her doorstep. Carson is an astronaut with NASA who has a potential solution to her financial problems. NASA wants her to research a group of astronauts on the space station who seem to have come down with Losians, and to investigate a murder that has occurred among them. She is hesitant to say the least. Gillian knows that this will take her away from her daughter for at least six months. Six months that she doesn’t have to waste. But, her research will be fully funded upon her return and that is something she desperately needs. She agrees to the 6 month project, but what she expected to happen, is the exact opposite of what occurs. Gillian finds herself trapped in space with people who do not want her to succeed in her research. People who will stop at nothing to stop her. Add to this that Gillian is addicted to opiates, and things get intense very quickly.

I really don’t want to spoil anything for you, so I am keeping the details to a minimum. This book is full of rich storytelling and creepy space claustrophobia. I loved the side characters like Birk, Gillian’s research assistant and Carson, Gillian’s ex from a lifetime ago. If I have one complaint about the book, it would be the rushed ending. I had been on the edge of my seat savoring the drawn out suspense and the ever increasing discomfort wondering what was going to happen. Then when all is revealed and the intense finale builds up, it ends fairly abruptly. I wanted that same drawn out ending so that I could really immerse myself in what was happening.

All in all, LOVED this book. Definitely add it to your must read list.

Thank you to Joe Hart and the publisher Thomas & Mercer for this Advanced Readers Edition of Obscura. It will be a lovely addition to my library for many years to come.

Check out this fun extra blog segment I’m excited to share with you!!

A Conversation with Author Joe Hart

Q: Obscura takes place in the not-so-distant year 2028 and features the human race on an accelerated path to extinction, with technological breakthroughs far more advanced than what we have today. Why did you choose to set Obscura in a very near, as opposed to very distant, future?

A: Since there’s so much evidence in support of the fact we will be facing unprecedented ecological and social challenges in the future, I wanted the book to be timely as well as prescient. I feel that good fiction asks questions about where we are now and where we might end up somewhere down the line.

Q: You address a timely topic in Gillian’s addiction to prescription drugs, which she constantly battles on her journey through space. What message do you think Obscura sends about the opioid crisis and the struggles of addiction?

A: I think the opioid crisis is something everyone needs to sit up and take notice of. The problem with addiction is lots of people believe only certain parts of society can be consumed by it, and that’s simply not true. The struggle with addiction takes place in good homes, businesses, and among the average people we meet every day. I wanted to convey Gillian as a damaged individual who was doing the best she could while trying to ease some of the pain life had dealt her, which I think is why so many people become addicted in the first place. There are large amounts of people out there who fell into addiction through a legitimate prescription or self medication and who are struggling to get free. I hope Gillian’s battle rang true to those in need of help and gave some insight for individuals who’ve had little or no experience with addiction.

Q: In a 2016 blog post you wrote that “the human species as a whole is quite delicate” and that you did a lot of research about human biology and genetics for The Last Girl. The disease plaguing humanity in Obscura affects an equally delicate and mysterious part of the body: the brain. What prompted your decision to make the brain a focal point of the novel, and what research did you have to do to come up with Losian’s disease?

A: The complexity of the mind astounds me. When I first started writing the book I took a moment to observe how my own thought processes worked while remembering a particular event. It was eye opening when I analyzed how many different correlating and adjacent thoughts, memories, and sensory input was associated with recalling a specific past experience. As far as research goes it was extremely interesting. To devise Losian’s I read up on Alzheimer’s disease; its symptoms, onset, and how devastating it truly is. Nothing frightens me more than a person losing who they are so it was very sobering research but exposed me to many heartening stories of humanity and dignity in treatment and caregiving associated with the disease.

Q: On a similar note, one of the recurring motifs in Obscura is memory: Gillian’s haunting memories of her husband slipping away, the memories Carrie is losing to Losian’s disease, the forgotten memories of those who utilize Dr. Eric Ander’s technology. What role do you think our memories play in making us who we are, and how are the characters in Obscura shaped or defined by their memories?

A: Imagine going through life living only in the present. Imagine experiencing something only to have it fade away soon after. How would we learn right from wrong? How would we build relationships or carry anything meaningful that would become an emotional response? How could we know one another or even know ourselves? Our interactions with the world, interpretations, and memories truly make us who we are. The characters in the book are guided and sometimes ruled by their pasts. What they’ve done and gone through has changed them. Given them strength, weakness, built love, and hate. Like all of us they can’t escape their past and really the book is about what happens when you try to.

Q: Around the middle of the novel, Ander reveals his plans for Proxima B, an exoplanet orbiting around the star Proxima Centauri roughly 4 light years from Earth. The planet was discovered in August 2016 and, as Ander points out, it “could harbor liquid water, and potentially life.” Had you already started working on Obscura when the planet was discovered? Did the announcement influence or change the novel’s direction?

A: I was in the beginning stages of writing when Proxima B was discovered, and it definitely helped guide the second half of the book as well as inspire the very last few paragraphs.

Q: You constructed Obscura in a very interesting way: the ultimate conclusion—the NASA Discover VI mission ending in disaster—is revealed early on, and the reader builds up to that event through a combination reports from NASA, interview transcripts, and Gillian’s own audio recordings. Why did you choose to tell this story using multiple forms of narration?

A: I love reading books that try to tell stories in different ways and wanted to give the reader different viewpoints as the narrative unraveled. I wanted them to be fully invested in Gillian and her struggle, all the while knowing she was headed for disaster. 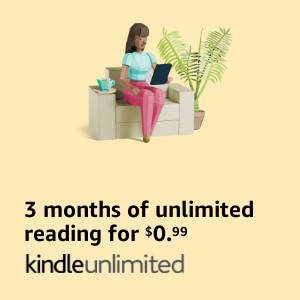