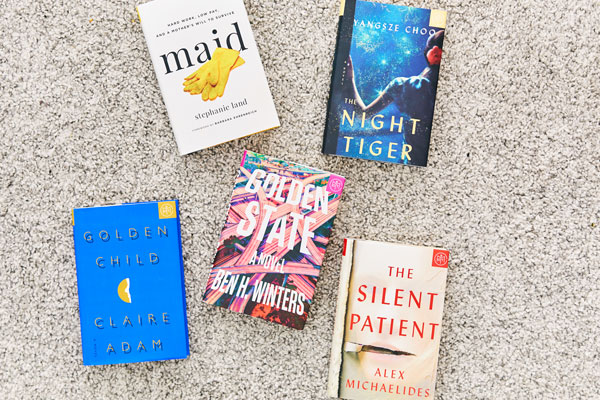 I hope you are relaxing at home after celebrating last night. Personally, I stayed home with my kiddos and husband and had the best New Year’s Eve ever. This year, we moved to a new state and have been exploring our new surroundings together. 2018 was an amazing year for my family, so cheers from me to you.

January’s book selections ask big questions, with unexpected answers. There are 3 stories about exposing the truth, 1 tale of sibling rivalry, and a fantastical tale of a severed finger and a man-eating tiger.

Using code FRESHSTART, new members get a free book when you join! 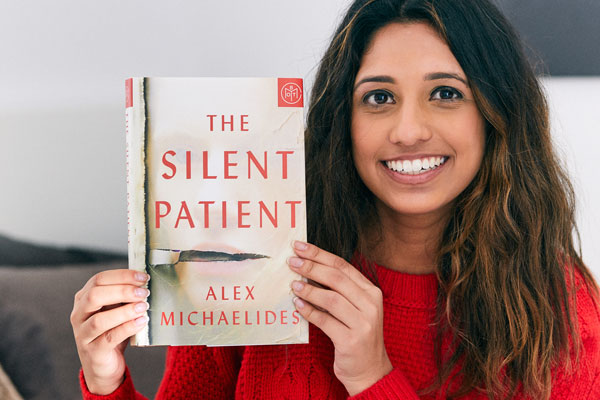 BOTM Quick take: A therapist unravels the mind of a shattered woman … who may be a murderer (or not).

Alicia Berenson’s life is seemingly perfect. A famous painter married to an in-demand fashion photographer, she lives in a grand house with big windows overlooking a park in one of London’s most desirable areas. One evening her husband Gabriel returns home late from a fashion shoot, and Alicia shoots him five times in the face, and then never speaks another word.

Alicia’s refusal to talk, or give any kind of explanation, turns a domestic tragedy into something far grander, a mystery that captures the public imagination and casts Alicia into notoriety. The price of her art skyrockets, and she, the silent patient, is hidden away from the tabloids and spotlight at the Grove, a secure forensic unit in North London.

Theo Faber is a criminal psychotherapist who has waited a long time for the opportunity to work with Alicia. His determination to get her to talk and unravel the mystery of why she shot her husband takes him down a twisting path into his own motivations—a search for the truth that threatens to consume him…. 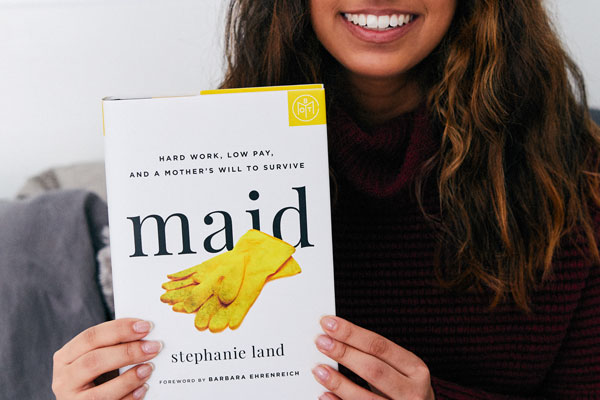 BOTM Quick take: An eye-opening memoir about poverty, parenthood, and picking up after the wealthy.

While the gap between upper middle-class Americans and the working poor widens, grueling low-wage domestic and service work—primarily done by women—fuels the economic success of the wealthy. Stephanie Land worked for years as a maid, pulling long hours while struggling as a single mom to keep a roof over her daughter’s head. In Maid, she reveals the dark truth of what it takes to survive and thrive in today’s inequitable society.

While she worked hard to scratch her way out of poverty as a single parent, scrubbing the toilets of the wealthy, navigating domestic labor jobs, higher education, assisted housing, and a tangled web of government assistance, Stephanie wrote. She wrote the true stories that weren’t being told. The stories of overworked and underpaid Americans.

Written in honest, heart-rending prose and with great insight, Maid explores the underbelly of upper-middle class America and the reality of what it’s like to be in service to them. “I’d become a nameless ghost,” Stephanie writes. With this book, she gives voice to the “servant” worker, those who fight daily to scramble and scrape by for their own lives and the lives of their children. 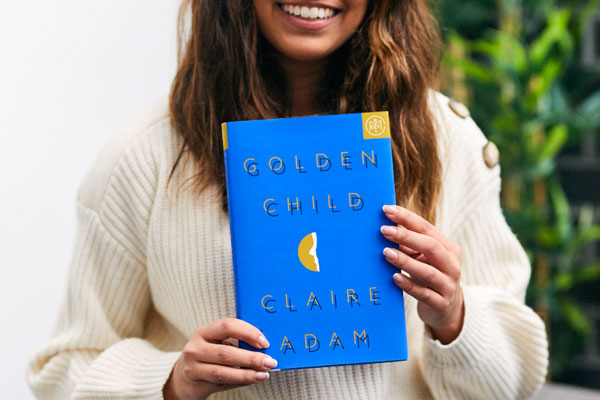 BOTM Quick take: A tale of two Caribbean twins—one a source of family pride, the other of shame—and the small betrayals that will alter their lives forever.

Rural Trinidad: a brick house on stilts surrounded by bush; a family, quietly surviving, just trying to live a decent life. Clyde, the father, works long, exhausting shifts at the petroleum plant in southern Trinidad; Joy, his wife, looks after the home. Their two sons, 13 years old, wake early every morning to travel to the capital, Port of Spain, for school. They are twins but nothing alike: Paul has always been considered odd, while Peter is widely believed to be a genius, destined for greatness.

When Paul goes walking in the bush one afternoon and doesn’t come home, Clyde is forced to go looking for him, this child who has caused him endless trouble already, and who he has never really understood. And as the hours turn to days, and Clyde begins to understand Paul’s fate, his world shatters—leaving him faced with a decision no parent should ever have to make. 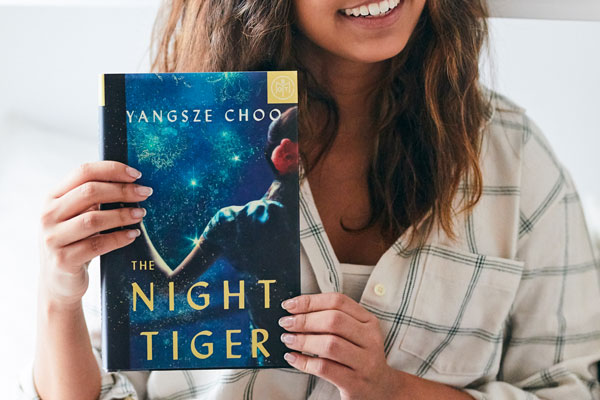 BOTM Quick take: A missing finger is the eerie link between a houseboy, a dancehall girl, and a man-eating tiger in this magical tale set in colonial Malaysia.

Quick-witted, ambitious Ji Lin is stuck as an apprentice dressmaker, moonlighting as a dancehall girl to help pay off her mother’s mahjong debts. But when one of her dance partners accidentally leaves behind a gruesome souvenir, Ji Lin plunges into a dark adventure: a mirror world of secrets and superstitions.

Eleven-year-old Chinese houseboy Ren also has a secret, a promise he must fulfill to his dead master: to find his master’s severed finger and bury it with his body. Ren has 49 days to do so, or his master’s soul will wander the earth forever.

As the days tick relentlessly by, a series of unexplained deaths wrack the district, along with whispers of men who turn into tigers. Ji Lin and Ren’s increasingly dangerous paths crisscross through lush plantations, hospital storage rooms, and ghostly dreamscapes.

Plus, there is a very special add-on available for purchase at Book of the Month as well this January!

I read and reviewed this. You can read what I thought by clicking here…Book Review: Watching You by Lisa Jewell 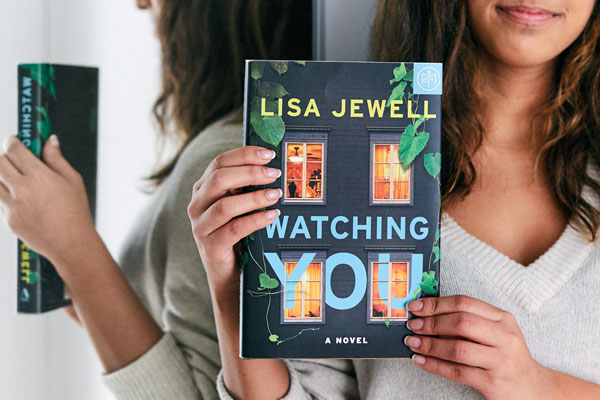 In all honesty, I don’t think I will be choosing a book this month. The titles look a bit intriguing, but none of them are really screaming “pick me!” If I did chose one, it would be The Silent Patient by Alex Michaelides. 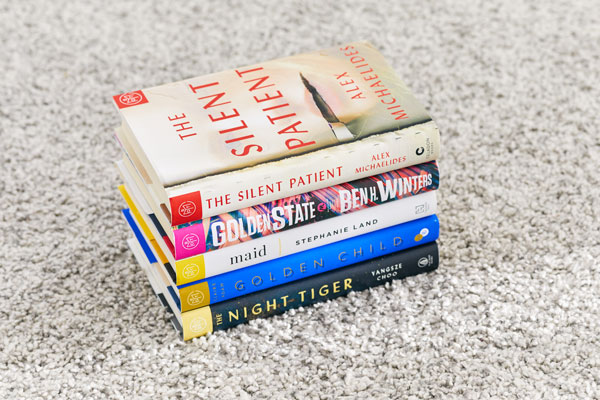